Something Special Came Our Way Early 1980's. Rumblings in the local music scene most had never witnessed before. Music fans, icon seekers and general excitement lovers halted their weekly routines to witness what this fuss was about. They'd heard about it, we all had, but weren't really sure what to expect. 'Danceclass.' And as the speeding years pass by making it increasingly difficult to distinguish between reality and time enhanced myth, we owe it to ourselves and our history to capture the pulse of those years. This was a highly charged, exciting time. As word of the next Danceclass gig leaked out, at the New Crown, Fino's or the like - internal panic set in. Must get a ticket. Queue outside Image Records at 8 a.m., or call that 'friend of a friend who knows the drummer'. Either way, you had to get one. No ticket, no chance. Danceclass would like to see you - but there just wasn't any more room to let you in. All venues packed. Balanced on stools, the bar, hanging off speakers - anything. Everyone straining to get a look at this high energy foursome fronted by a string vested gentleman whose very presence requested your full attention. Straining to get a look now before they were off to bigger things; we knew we were witnessing something special here, the likes of which we wouldn't get to see again in our days. Four encores. Still not enough. If you just hang on, they'll come back on; we'll wait thank-you. We knew we were lucky to be part of the band's early days before they headed off to greater rock pastures afar. So one more please. Danceclass didn't just play 'songs'. Yes they were cleverly crafted, high energy tunes with lyrics which somehow sampled from your own youth, but they weren't just 'songs'. They were defining moments in time - and we all had our favourite. Hold On Me, Setting Myself on Fire, Fridays, Lay-by Love, You Talk My Head Off - and more. It wasn't right. Local bands shouldn't have a set-list like this. But they did. No wonder it prompted Kid Jensen to comment in his Daily Mirror music column of 'Beatle-like mania' generated by a local band in the North East. High praise indeed and probably overstated - but an indication of the activity of the time. And so the years unfolded for the unit so differently versus how we had assumingly planned for them. We are left with vivid memories not of what should have been but more importantly of what was - something special, which came our way.
Glenn Ward,
January 2009. 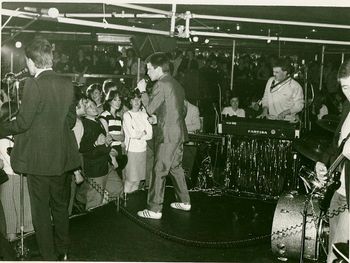 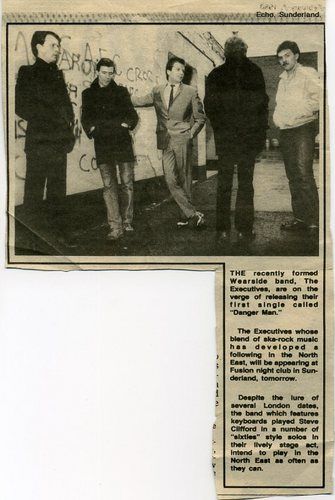 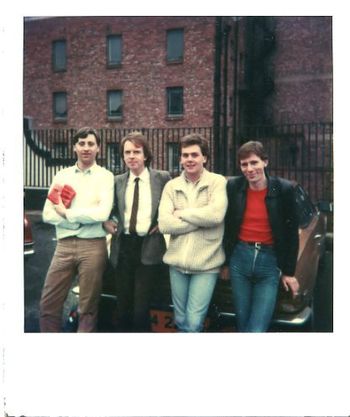 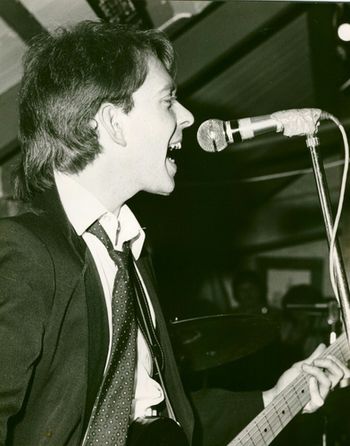 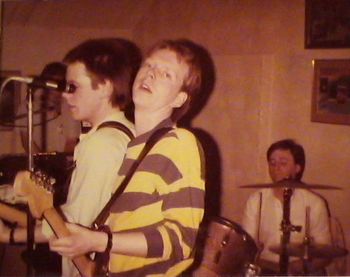 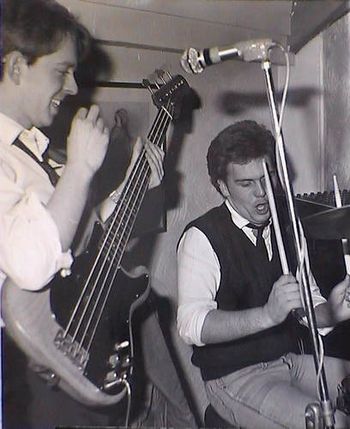 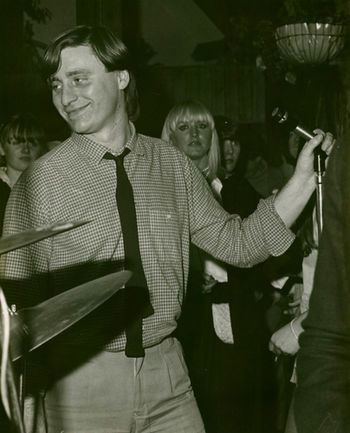 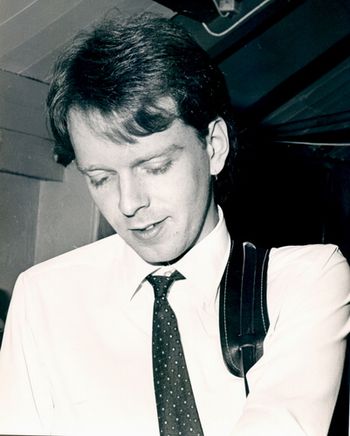 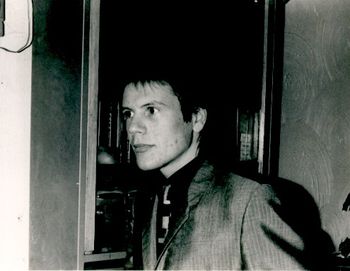 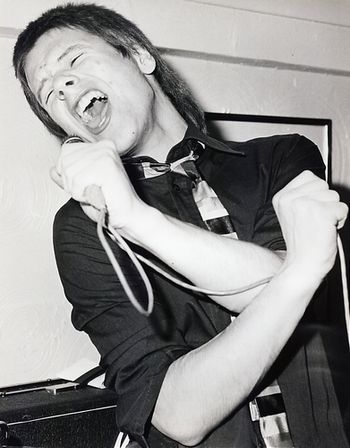 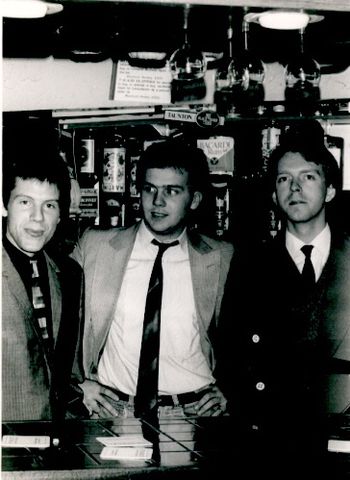 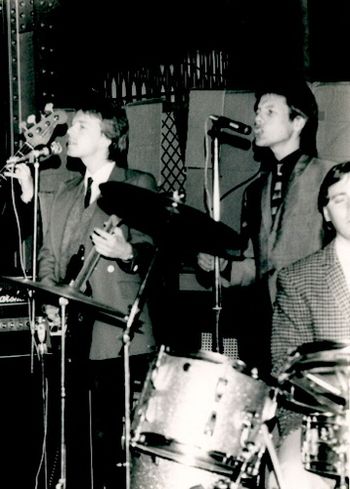 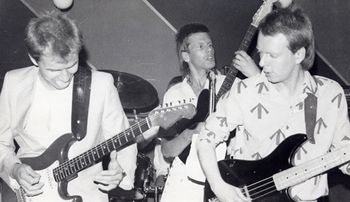 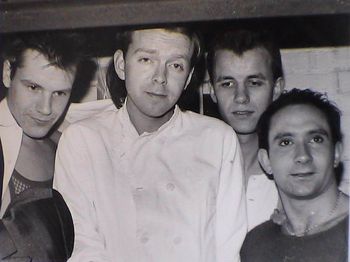 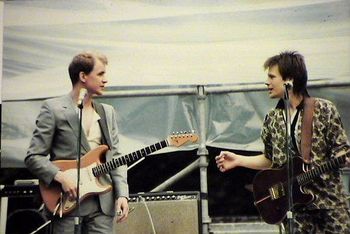 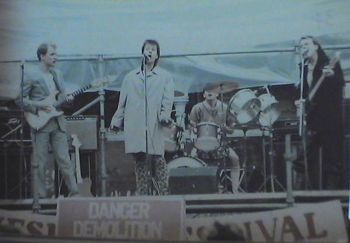 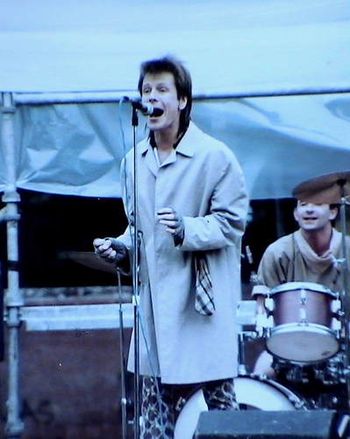 Pyjamas and a mac ? 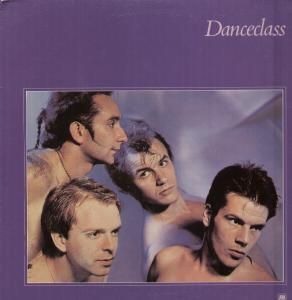 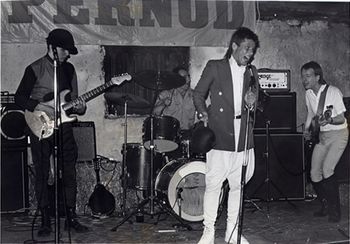 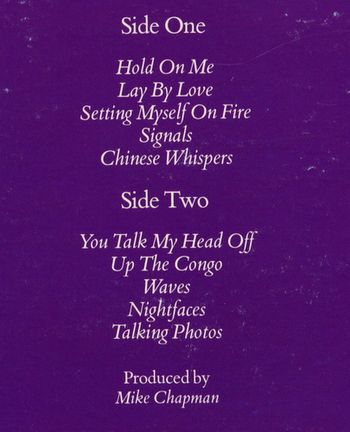 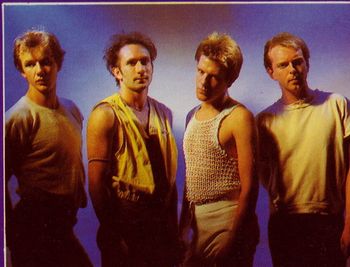 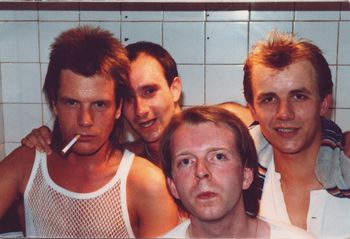 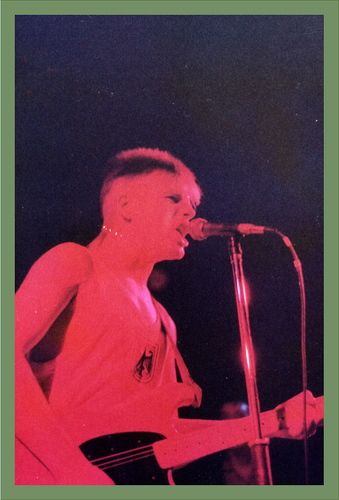 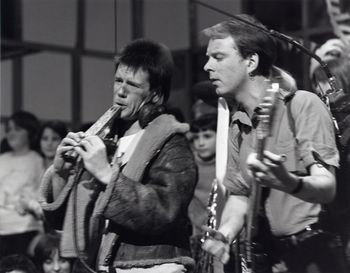 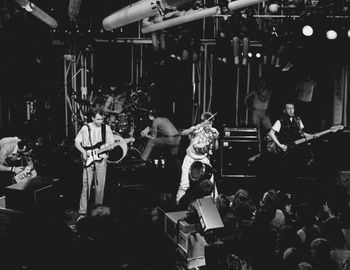 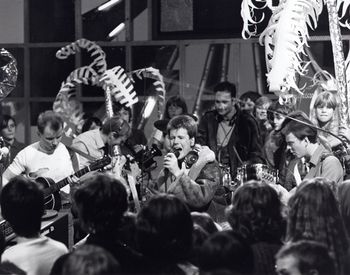 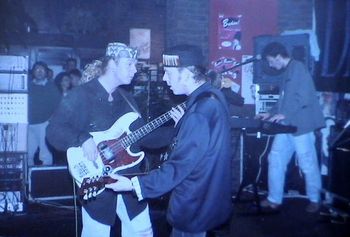 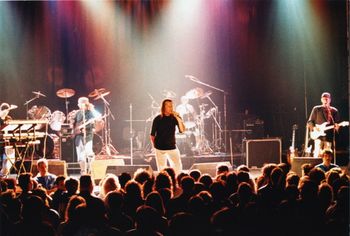